A couple of days ago, I made some adjustments to the Silvio, in particular with the top tube that connects to the bottom bracket, to shorten it because I was experiencing some pain in my right knee.  Generally, for me, that's an indicator of my leg extending too far when I pedal.  Took it out for a short spin on the same day that I made the adjustments and it felt better.  Yesterday was a clean up day...getting the house back in order after our guests, Annalies and Hannes Solomon, left to continue their ongoing journey by bicycle.

Today, I just wanted to do a shorter ride to see how the adjustment that I made with the bottom bracket would feel out on the road.  It felt much better.  The front end was more responsive and I really had better control of the bike overall.  Heading West on Rt. 180, I went out to the Continental Divide sign, turned around and headed back towards the Truck By-Pass road.  Initially, there is a pretty good downhill section and I got up to about 35mph and began the ascent on  the next stretch of Rt. 180 just before the By-Pass road.  As I shifted, I pushed hard on the crank to continue my climb up the short stretch before the road began another less steep descent...then my chainring locked up.  I was down in a heartbeat, sliding along on my right butt cheek and right  arm on the blacktop road surface.  While it didn't hurt when it was happening, I knew that it would later.

The better part of valor is to remember Life Lesson #1: Don't be stupid.  Headed home after checking out the bike to make sure there were no significant damages to the bike.  Seemed like I sustained the most damage between the bike and me.  On arrival home, I immediately took 800mg of ibuprofen with some food.  Wanted to get a handle on any pain issues and inflammation.  Then the fun part...getting in the shower with a scrub brush and soap.  YIKES!!!  Sonofabitch...that really hurt.  But, I knew that I had to clean up the road rash.  Surprisingly, my Smartwool Flagstaff cycling bibs did not get torn up.  Nor my jersey.  I had road rash on my arm (above and below my elbow), my right ankle, and a small portion just below my right butt cheek. 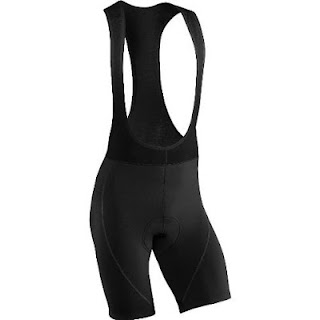 I'm sure that tomorrow the road rash sites will hurt more.  Right now, I really don't have any pain.  I'm certain that will change.

This is the first time that I've ever fallen on any bicycle.  Sure, I've fallen over at stop signs, etc., you know, those stupid little moves that get you off balance and you fall over.  This was a righteous crash and burn at speed.  Don't want to do that again.  Period.  I'm headed to Twin Sisters to have Annie take a look at it and help figure out why the chainring locked up.  Probably will need new chainrings and chain.

Here are some photos of the road rash....enjoy!

Here's hoping that tomorrow it won't hurt like hell...and a tune to exit with.  Oscar Peterson's take on Thelonious Monk's "Round Midnight"...doing it solo on the piano.  Doesn't get better than this...

Posted by Patrick Lyford at 2:32 PM