"With the heaps of overly specialized gear — gloves, shoes, and biking jerseys — most cyclists realize that every day on the road is Halloween. Plain and simple, it's wearing a costume each time out of the gate.  We're neon signs, stylistically impaired wonders blinding pedestrians and fooling small children into thinking that the circus has come back to town." ~ -Joe Kurmaskie, the Metal Cowboy: Riding Outside the Lines

Last year, I came into possession of several new items for cycling.  Some of it was good; some of it was just ok.  There is, however, no shortage of new things coming on the market to entice a rider into thinking that, to be a "real" cyclist, the new item/s HAVE to be purchased.  Or just hang up the bike, ok?

While I still have a streak of that "gotta have it" in me, I've tried to minimize it and keep purchases to a minimum.  I'm running out of room to hide them from my wife, Eileen.  Heh! Heh! Heh!

Ok, here's the list, followed by commentary that has not been influenced by money, prestige, gifts, drugs, or alcohol.  I won't swear that the last two items on the list haven't influenced me..

TIRES:  In 2013, I purchased a pair of Grand Bois Col de la Madeleine Extra Leger tires from Compass Bicycles.  My nephew, John, told me about this company and their tires.  The Extra Leger tires were pricey ($76/each), but, hey, I've been more foolish with money in my life than this.  To be objective, they are faster than other tires I've purchased, but their puncture proofness is average.  At least, around here.  Roads are rough, debris is part of the roadside attraction in New Mexico, and Bud Light cans are ubiquitous.  Would I buy them again?  No.  But I'd buy the Grand Bois Col de la Madeleine tires for $56/each.  I purchased one to put on the rear rim and it's more puncture resistant.  As any cyclist knows, if a tire will go flat, it'll be the rear tire because it's harder to remove.  It weighs 39 grams more than the Extra Leger version...that's about 1.5 ounces.  I figure if I stop and pee somewhere along the ride, I'll save at least that much in weight, right?

WATER BOTTLE CAGES:  In the Southwest, it gets hot.  And it's dry, too.  So, water is important and I'm not a fan of carrying a sack of 100 ounces of water on my back when I'm riding my Vitus, which only has one water bottle cage on the frame.  What to do?  In my quest, I found BIKEBUDDY, a website of a guy in England (I know, I know.  I'm Irish and I'm still trusting the English?  My God...), who sells a unique setup for carrying water bottles.  BIKEBUDDY offers a way to carry a larger bottle on the bike frame, so there's no need to have the 100 ounces of water strapped to your back.  I have a HydroFlask 64 oz insulated water bottle that fits in this thing.  This remedies the issue of how to carry more water with me when needed.  To be objective, it's not pretty, could use some locking washers, and the instructions are absolutely abysmal, but it's a simple setup, so that makes up for it.  Some photos:

REAR RACK:  Now, the other extreme in the Southwest is when it gets cold.  Yes, Virginia, it dips below the balmy 90 degrees here in the ol' Southwest.  Down into the 20's most nights during the winter and occasionally below freezing, as well.  Days can be fairly good but it's chilly when riding a bicycle when the temps are in the 40's/50's, even the 60's.  I usually am wearing the needed clothing when I start out, but with no place to carry it when I want to remove it because I've gotten hot and sweaty, an easily removable rear rack is necessary.  Sometimes, I also need a place to carry somewhat lighter clothing to switch to should the warmer clothing I started out wearing is too much, but it's still cold enough to require some extra clothing.  Whew, describing this is as much a pain as trying to figure out what to wear is...!  Anyways, Bontrager has an easily removable rear rack that holds 25lbs.  It's their Bontrager Seat Post Rack (about $40) and it works very well for what I need.  Forthwith, a photo: 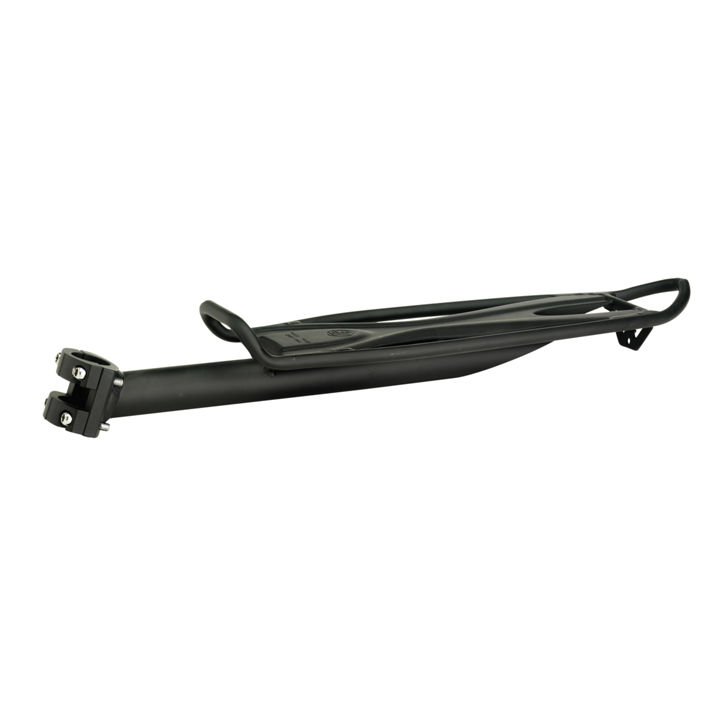 CYCLING JERSEY: I like wool cycling jerseys, particularly merino wool jerseys.  There are several companies that make them, but Rapha (another English company!) takes wool jerseys to a new level of "WOW".  These are not cheap, so I doubt that I'll have a slew of these hanging in my closet.  For Christmas, my nephew, John, sent me a Rapha jersey.  Cyclists in England are tiny, if Rapha's sizing means anything.  John sent me an X-large jersey that, had I not recently lost weight, I would never have gotten it over my head.  But...it's divine, with no exaggeration intended.  Check them out at their website.

Ok, that's enough for now.  No need to bore the bejeesus out of everybody in one fell swoop, eh?  I'll do more reviews over the next few weeks.  Brooks handlebar tape.  Wool cycling tights.  Wool arm warmers.  Wool cycling bibs and shorts.  Bike mount for my SPOT messenger.  And other stuff, if I remember it all.

Now, a tune to get out of this post with..."Black Rose" by J.D. Souther.  A tune that not many will remember being done by this guy.

Posted by Patrick Lyford at 5:22 PM