"On a bike, no one asks...'Are we there yet?'..." ~ Anonymous
"Allow yourself to be a beginner.  No one starts off being excellent." ~ Anonymous

When people search for topics with whatever search engine they use, it's easier to find things when being more specific.  So, in order for people to find out what I think of these tires from Compass Bicycles, I've decided to do a post specifically about Grand Bois tires.

My nephew, John, told me about Compass Bicycles and the Grand Bois series of bicycle tires.  As I've noted in previous posts, most hype about tires is just that, hype, since, for most cyclists, the prime objective is minimizing flats vs. racing tires.  As a "regular" (meaning not a racer) rider, I look for tires that are: a) puncture resistant and b) last long.  Most quality bicycle tires are not cheap.  Prices range in the $40 to $80 range.  Sure, there are cheaper ones, but they're cheap for a reason.  If I'm laying down a chunk of change for a tire, then my two reasons (a & b from above) come into play.

After talking to my nephew and checking out the tires on the Compass Bicycles website along with the fortuitous flat I had with my previous Schwalbe tires, I opted to purchase two Grand Bois Col de la Madeleine Extra Leger tires, 700 x 23 size.  They were pricey...$76 each. 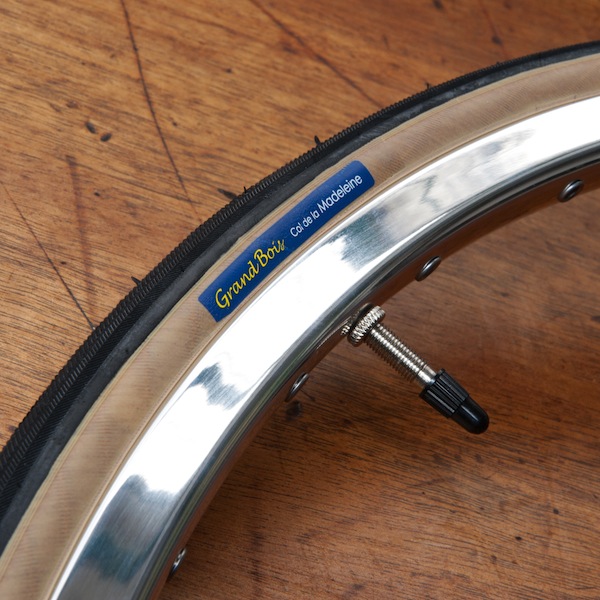 When I put them on the rims (Ultegra) on my Vitus road bike, I tried them out.  To my surprise, they did feel different.  New tires or wishful thinking???  I gave it little thought until about my 4th or 5th ride and I still felt the difference in these tires.  Smoother and faster.  After a month, I still thought the same...smoother/faster.  What was not good, however, was the number of flats I had, particularly in the rear.  Murphy's law dictates that, if you're going to have a flat tire while cycling, it'll be your rear wheel because it's harder to remove/replace in order to fix the flat.  And the first flat I had, well, it was just a bit soft, losing air slowly.  Being only about 3/4 of a mile away from home, I tried to make it home on the tire, which I did, but it definitely impacted the sidewall.  After that, I had repeated flats with that tire.  Eventually, I replaced it with the Grand Bois Col de la Madeleine (not the Extra Leger, which means "lighter") for $57 and it's had fewer flats overall, but it is not as smooth or fast as the Extra Leger.  Were I into racing, I'd opt for the Extra Leger just for race days.  So far, the Extra Leger up front has held up well and the regular Grand Bois on the rear has done fairly well, also.

(Somewhere down the road, I'll replace my Vittoria Randonneur tires on my Cannondale touring bicycle, but the Vittorias are holding up remarkably well.  No flats, so far...almost 2 years. 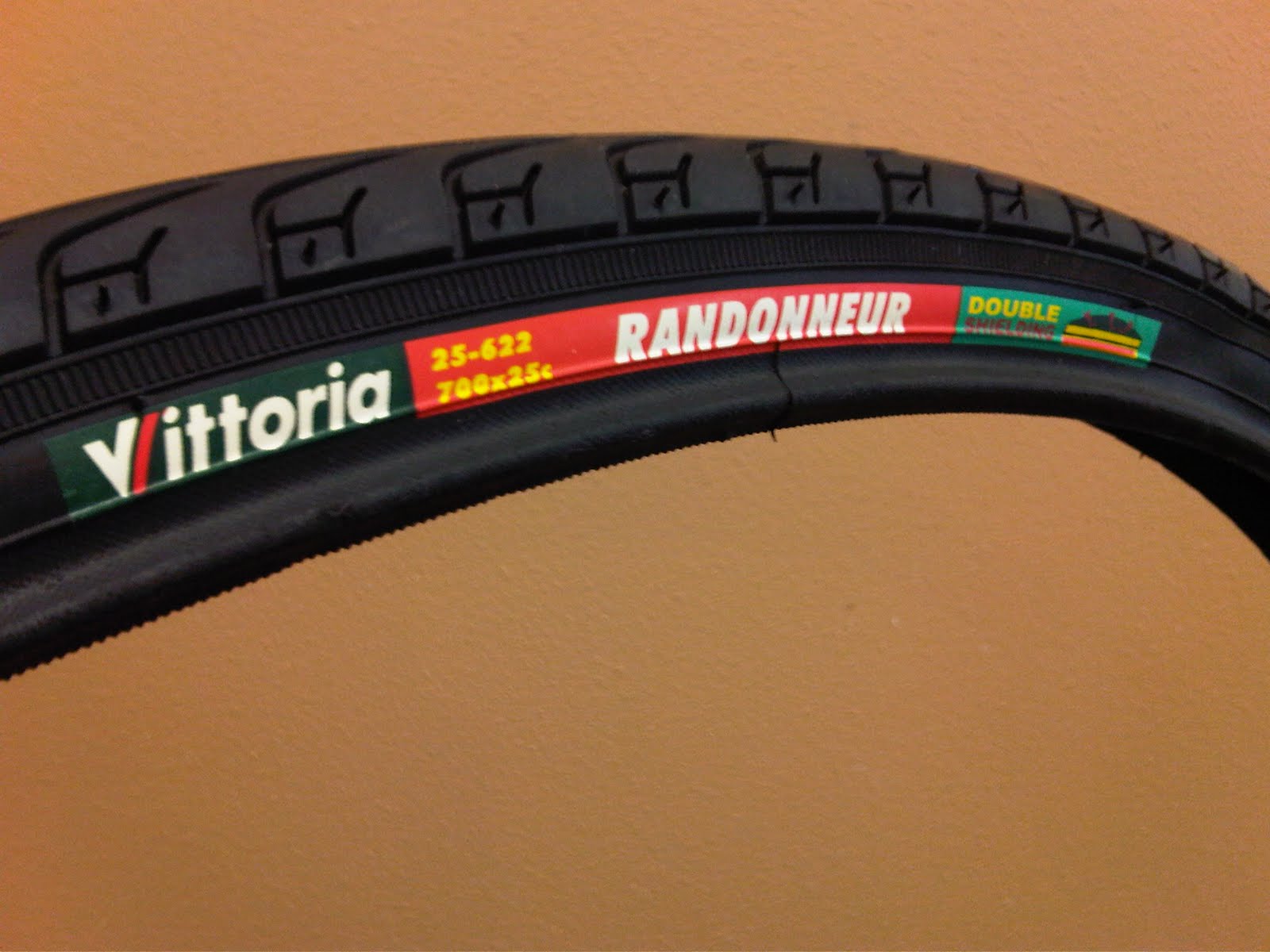 I'd give these tires a 4 rating.  If they were more puncture proof, that would jump to a 5 rating.  Overall, however, I'm happy with these tires.  Schwalbe and Vittoria tires are definitely in the running, too. Continental makes some excellent tires, as well.  Happy shopping!

Time to exit this post with a tune...Chuck Berry doing "No Particular Place To Go"...what I think when I take off on my bicycle sometimes, no particular place to go, just out for a ride.

Posted by Patrick Lyford at 4:42 PM