"You're dead a long time." ~ Anonymous

Sometimes, the world sucks.  And people die.  My good friend, Bruce, died recently and I was knocked off my dime.  Stunned would be a better description.  He'd just turned 60, had more toys than anyone I knew and, more importantly, he was a good guy.  Bruce and I became friends when I worked at University of New Mexico Hospital.  The how and why of our first meeting is no where to be found in my brain.  His oldest child, Miquela, is now 23 yrs old.  I met her when she was a little girl.  That will give you a clue as to how long we'd been friends.

When he would talk to me about how things were at UNM Hospital and how they should be, he'd hurt my brain because he'd make me think outside of my box...and, most often, he was right.  If he had a fault, it was his unwillingness to acknowledge that, just because he was right about how something should be done, it wasn't always the right thing to do at that particular time.  If you know what I'm talking about here, fine.  If not, well, I don't want to take the time or space here to go into it. Ask someone else. Maybe they can help.

Bruce was not perfect.  Who is?  But he was my friend and, now, every time I'm out on a bike ride, I think of Bruce and get pissed off that he's dead.  And how unfair it is...to him, to his wife, Eloise, to his two children, Miquela and Ryan, and to those of us who called him a friend.  He was one of those friends who I could pick up where we left off from the last time we were together and move along like there had never been a time lag since we last saw each other.

And he collected things...Eloise believes he has around 50 bikes.  Yes, FIVE ZERO...50.  Ok, he was obsessive compulsive, too.  They have 4 houses. Maybe 5 vehicles including an RV.  Tools. Guns.  Four gun safes.  Jesus!  I don't even know all the stuff he'd collected over his lifetime, but it was a lot.


Not sure what that was all about, but it made him feel good to have it, which is good enough for me. He'd drag me to gun shops and gun shows trying to get me to buy a few more weapons.  Or to bike shops for sales and tell me that I needed something.  He'd get annoyed if I found something and got it for cheap and there wasn't a second one.  One time, he made me buy the beer at lunch because I'd beaten him to a sale item.  Too funny!

The best part is that we got to meet each other, work with each other, and ride with each other.  When in shape, he was the biggest, fastest cyclist for his size that I knew.  Going up South 14 on the East side of the Sandias in Albuquerque, as we'd near the top, he'd take off and be riding in a circle at the top, waiting for me.  Finally, I got in shape and I'd beat him to the top and circle, waiting for him.  He was always gracious about that...he'd tell me that I was kicking his ass.  And I was looking forward to riding with him again...and kicking his ass one more time.  We had a good rivalry on the bikes.  If the weather turned bad, we'd head out somewhere for nachos and beer, which was always a good substitute for crappy weather riding.

I am glad that he died in his sleep and hope that it was as painless as it could be.  He deserved that.  He'd earned that.  I'm still pissed off.  And I miss him more than I can say.  When Eileen and I went to his memorial service in Albuquerque, I was doing fine until I saw his bike up at the altar in the church.  It was his Sampson.  Here's a photo: 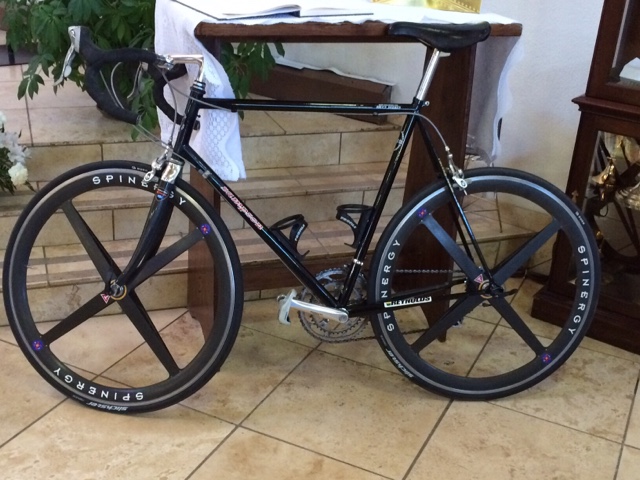 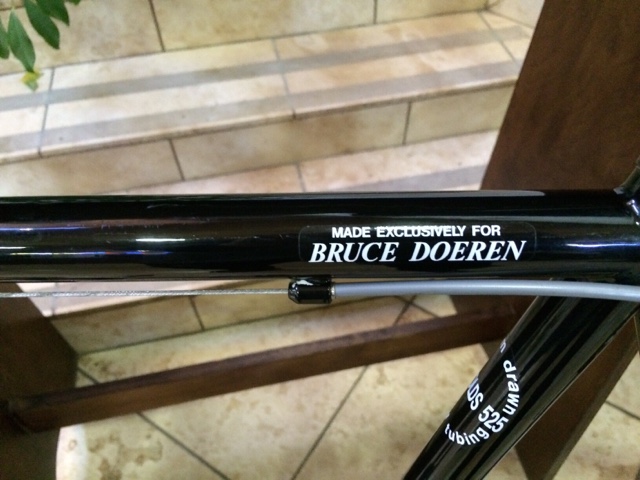 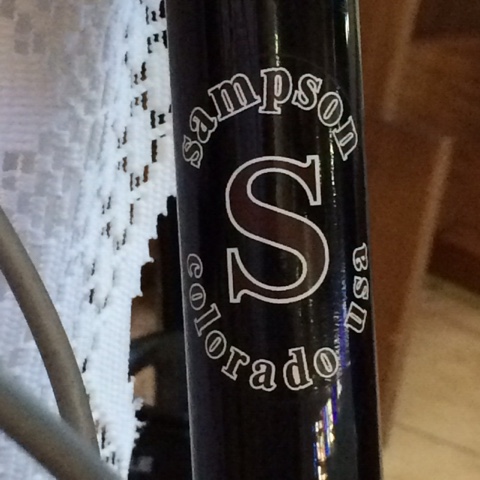 Bruce had this bike custom built by Sampson (http://www.sampsonsports.com/) when Eileen and I lived in Albuquerque, NM.  He tried to get me to buy one.  I told him that I already had two bikes and could only ride one at a time anyways, so what was I going to do with another road bike?  Obviously, having as many bikes as he could was a goal.

I'm sort of rambling here, like acknowledging that Bruce is dead, I'm still not ready to let go.  Man, what tune do I use to end this post?  It'll be Davy Spillane once more, with Sinead O'Connor, doing "The Dreaming of The Bones" ...http://youtu.be/QVKIVL_YUzw

God speed, my friend...If it's possible, I do hope we meet again.
Posted by Patrick Lyford at 6:08 PM