On My Way To Stinnett, TX...Lions and Tigers and Bears??? No, But Rollers and Wind!!!

"Don't piss into the wind." ~ Anonymous
The wind was supposed to be blowing directly in my face the day I left Canyon, TX, heading to my next Warmshowers stop in Stinnett, TX.  With that in mind, I left right at daylight to get a good start, after my espresso at The Palace (see previous post).
Getting past Amarillo, TX, was my first task and the wind made it a challenging one.  Finally past Amarillo, I encountered "rollers"....those sections of highways that undulate into the horizon and seem never ending.  On this day, the "never ending" part was too true...with the wind slowing me down at every opportunity.  This was to be a long day in the saddle.
My Warmshowers host, Robert Pinkerton, had contacted me earlier to see if the wind would change when I might arrive in Stinnett.  With the obvious blowing in my face, I let him know that I'd keep in touch as I progressed towards Stinnett.  The rollers actually added some interest to the flat, bleak scenery that I'd been riding through from the day I left on this trip.  The wind did not.  To say that the wind beat me up this day...well, it's an understatement.   Being in the saddle 12 hours before reaching my destination was not fun.  My host and his wife, Jan, were gracious and patient.  They held off on eating their dinner until I arrived...around 7:30pm. 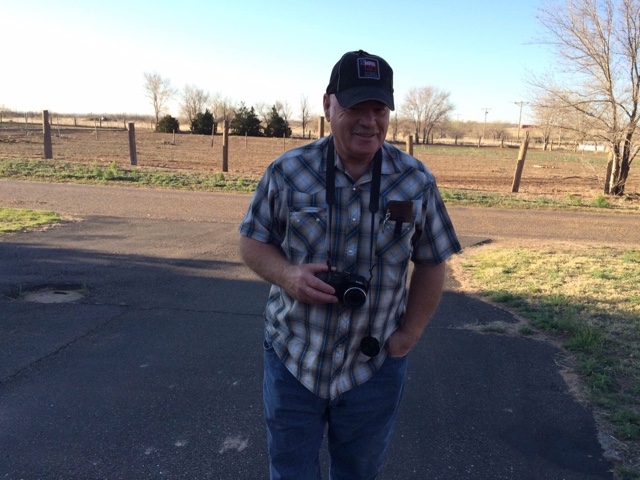 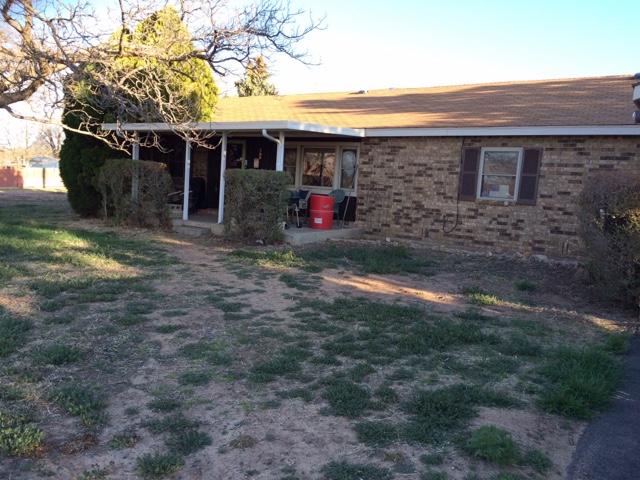 Jan cooked dinner, which was quite good after a long day, and Robert cooked biscuits and gravy for breakfast to send me on my way,  These hosts, like Bill and Linda in Clovis, are good people and, should you need advice on the game, "Second Life", an online game using avatars, talk to Jan.  She's a pro at it.  I'd never heard of it before and Robert and I agreed there was little likelihood of either of us becoming interested in it.  We both thought real life demanded our full attention.
Heading out early the next morning, I was going to attempt to get to Turpin, OK, a ride of about 95 miles, my longest to date.  But, the wind and the initial rollers out of Stinnett changed that up quickly.  Even though the rollers led to flatter roads eventually, the wind was relentless.  Not blowing seriously hard, but definitely having an impact on my average speed.  When I reached Perryton, TX, it was about 5pm.  Stopping to check where the next town was and what might be there, I soon realized that Perryton was going to be where I'd spend the night.  Settling in to a motel, I got some food at a nearby grocery store and called Eileen.  It was while talking with Eileen that I checked the weather for the next day....40mph winds from the North, the direction, of course, that I'd be heading out of Perryton.  Well, perhaps I could make it down the road a bit to another town???  After eating breakfast the next morning, I took off.  Within one hour, and having traveled 3.5 miles, I understood that this day was going to be a rest day.  Not that I'd planned any regular rest days on this trip, other than those associated with particular Civil War sites that I wanted to spend extra time at, I spent another night in Perryton.  When I turned the bike around, the wind was blowing so hard that it pushed the bike back toward town at 12.5mph and I WASN'T pedaling.  Just think how fast the day would have gone and the distance I could have traveled had the wind been at my back!  Of course, with the wind howling, there was nothing to do but hunker down.  Next morning, very early, I headed for Meade, KS, another 80 miles plus ride.
While Mead is another one of those towns grasping for survival, it did have a great BBQ place.  No beer, but good BBQ.  This was another of those get to towns, eat food, fall asleep, get on the bike, and head out of town places.  In looking over the terrain that I've traveled since leaving, it is flat (well, excluding the rollers) and stretches for hundreds of miles in every direction to the horizon.  Those who live here must love it.  I find it to be a place that I would not want to live.
Once again, up early and off into the sunrise.  On my way to Kinsley, KS.  As with the previous days, the wind was my nemesis once again.  Leaving at daybreak, it was another long day in the saddle.  I'd made reservations with a B&B there, The Tucked Inn (http://www.tuckedinn.net/), which was only $55 for the night and included beer/wine in the evening and breakfast.  I liked it.  John and Susan Ploger are the owners. 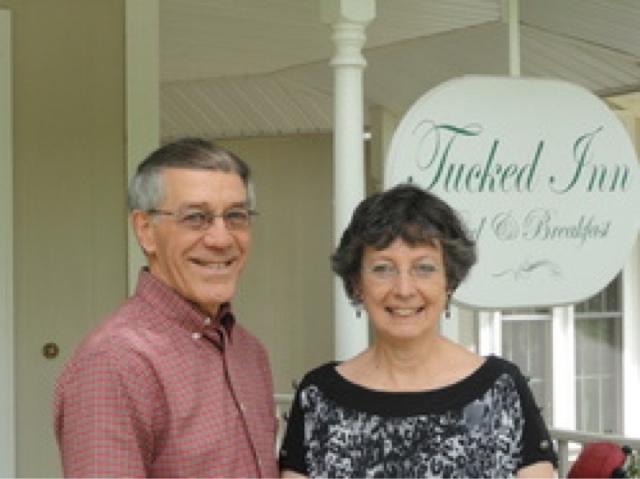 This was a relaxing night and the next day started with being able to sleep in a bit and to sit for a very good breakfast.  Saying my goodbyes to my hosts, I headed off to Great Bend, KS, with the wind at my back.  Made for a fast ride into Great Bend, where my host, Austin Russell, had left his house unlocked for me to get in while he was at his middle school, working as the band director.
More on Austin in my next post.  For now, it's off to the museum to view a Folk Art exhibit...and a tune to exit with.   Bob Dylan's "Blowing In The Wind" seems more than appropriate... (http://youtu.be/vWwgrjjIMXA).  Enjoy...more on Austin, then Salina, KS, then on to Topeka and to my mother-in-law's in Kansas City, MO.
Posted by Patrick Lyford at 10:09 AM