"Studies have shown that riding a bicycle everyday makes you more awesome than the general population." ~ Anonymous
Bicycling...it even makes the British look better! Despite being Irish and having a bit of an attitude about England and Ireland, most of the Brits I've met have been good lads/lasses. I refrained from any rants about Ireland and England, so we got on quite well while Dan and Jon visited with Eileen and me prior to heading off to Las Cruces, NM. Dan and Jon decided a while ago to do Adventure Cycling Association's Great Divide Mountain Bike Route from Canada to Mexico (http://www.adventurecycling.org/routes-and-maps/adventure-cycling-route-network/great-divide-mountain-bike-route/) These lads didn't follow it all the way, but made their own route and incorporated that into the Great Divide Route and made their own original bike tour. I like creating my own route most of the time while touring, so I was happy to hear that these riders were into making their own tour, as well.
Dan and Jon are from Huddersfield, West Yorkshire, England, and have been writing a blog during their travels, Jonny's On His Bike (https://jonnysonhisbike.wordpress.com/), which you can read to find out what their experience on the Great Divide Route was like for them. Both are in their late 20's, in good shape, and were interesting/fun guests to have stay with us for a few nights. They were both surprised at The Toaster House in Pie Town, NM, which is owned by Nita Larronde, who used to live in the house, but has since moved into another house and opened the Toaster House to those who are hiking the Continental Divide Trail or those biking the Great Divide Mountain Bike Route...for free. Donations are accepted but not required. Jon thought a house like that in England would be trashed in no time. I bit my tongue and didn't make any comments about the British vs. Americans. My Mom would have been proud. They both were surprised with their encounters with Americans, which was very different than what they'd heard about Americans/America over in England. I believe, like most of us who venture out of our own small world, they discovered that rumor doesn't always live up to the facts. It seems that they found most of the people they met to be good, friendly, and helpful, which is fairly typical when touring.
Here are some photos of these guys at our house: 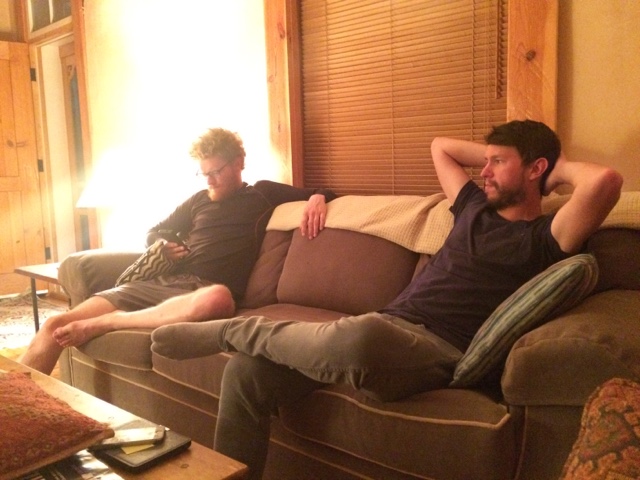 Jon and Dan relaxing after dinner... 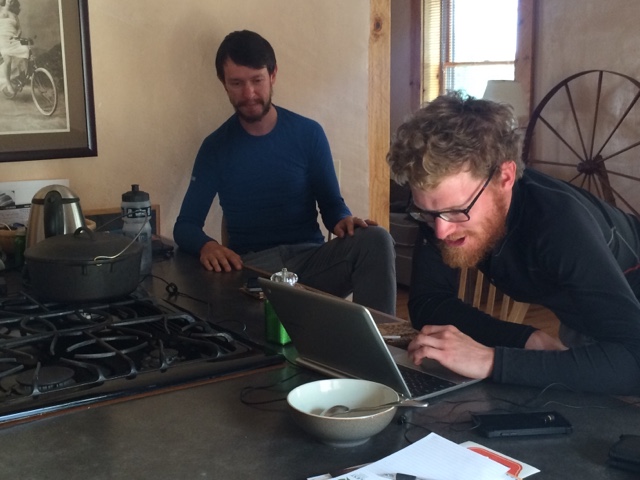 Dan and Jon at the kitchen counter following their fantasy teams online... 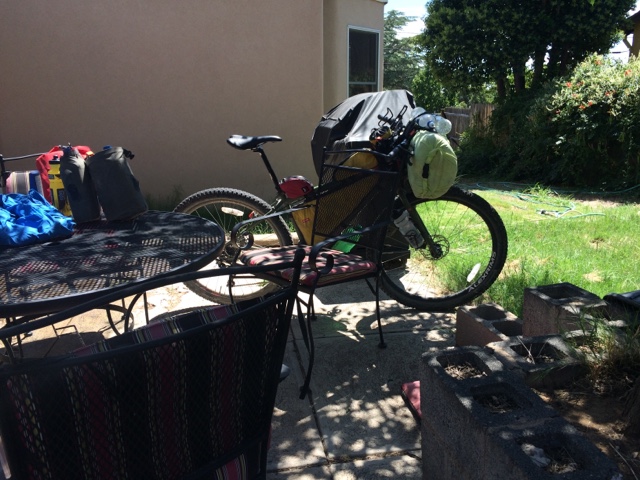 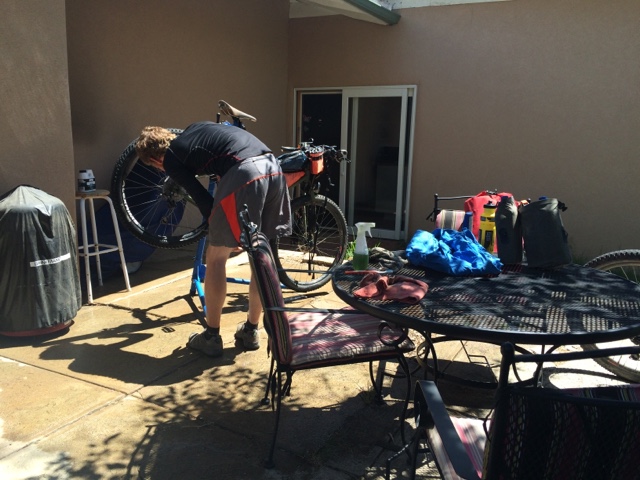 Jon cleaning his bike for the last leg of their trip to El Paso, TX. 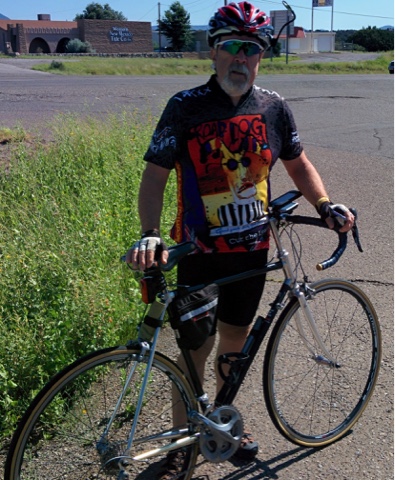 Me on my Vitus helping Dan and Jon get out of Silver City on less crowded roads... 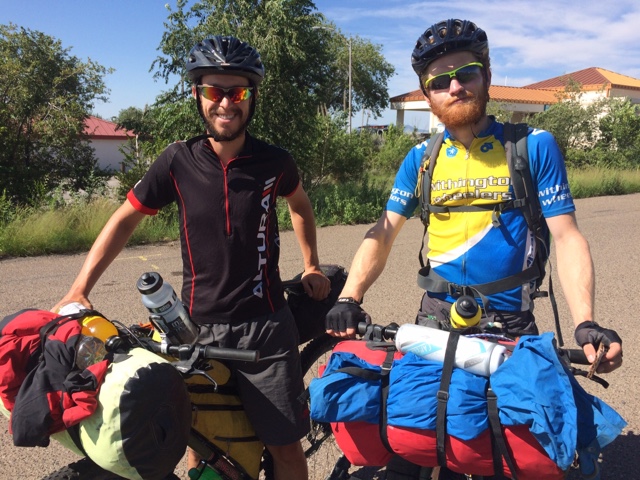 Dan and Jon ready to go over Emory Pass and on to Las Cruces, NM.
And, of course, a few short videos:
In our kitchen with Eileen, Dan, and Jon: http://youtu.be/iquXupGkVBI
Getting ready to leave Silver City: http://youtu.be/XzQe-iZQEgI
These Brits were fun to have stay with us and are more than welcome should they decide to come back to America and ride their bikes through the Southwest. Maybe chase a rattlesnack or two??? On the way trhough the Mimbres Valley, Jon thought he might have been bitten by a rattlesnack, so I told him their was a medical clinic nearby where he could get it checked out. Fortunately, it was not a snake bite. Probably just a sharp roadside plant...
Now, a tune to exit with....hmm, what to choose??? Sinead O'Connor performing "Oro, se do bheatha abhaile", a song associated with the Irish rebels.  http://youtu.be/4Sje2VYw99A
Maybe you two can be part of the generation of Brits who get England out of Ireland completely and help restore Ireland to the one country it is destined, and determined, to be. Tiocfaidh ar La...Our day will come.
Now, another tune...one that's not political. Michael Coleman doing, "The Trip To Sligo/Tell Her I Am": http://youtu.be/79AKAMAmZhk
Happy trails, lads!
Posted by Patrick Lyford at 11:54 AM