"True terror is to wake up one morning and discover that your high school class is running the country." ~ Kurt Vonnegut
"Do not go gentle into that good night, but rage, rage against the dying of the light." ~ Dylan Thomas
Goddamit, it's another year. I like the thinking my older brother, John, applies to aging...getting old does not suck; not getting old sucks. Too true. Actually, I like the concept of a new year. It's just the aging along with it that I could do without, but not dying to make it so. Life does go on.
The holidays were good and New Year's Eve was spent at home, which Eileen and I have done for many years now. My sense of New Year's Eve is a celebration for the novices out there who, once drunk, do their best to annoy the hell out of people or kill them from behind the wheel of a moving motor vehicle. Thus, either stay at home or go out to dinner early and then go home. Seems safer in our house than out on the streets.
My nephew, John David (so he's not confused with my brother, John) gave me a Silco tool kit for Christmas that is beyond cool. Finely crafted allen wrenches with a magnetic adapter that allows the use of screwdriver heads and torx heads. Here's a photo: 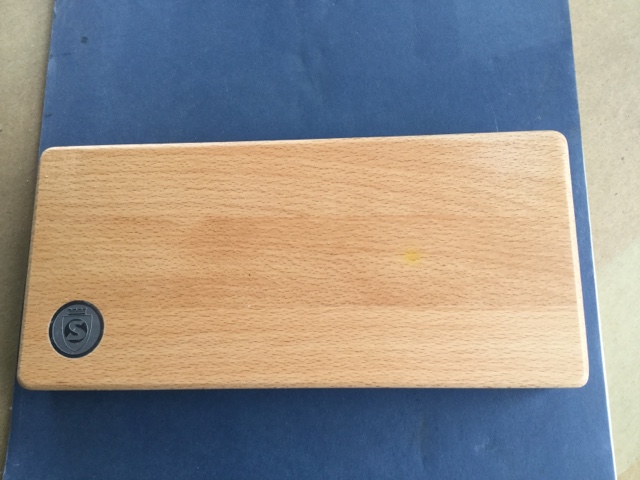 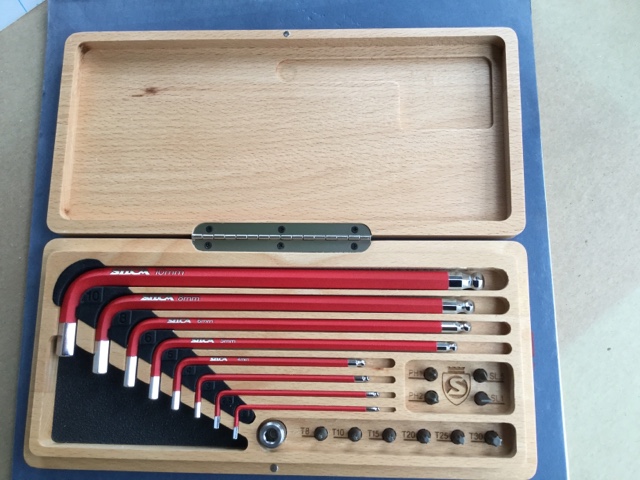 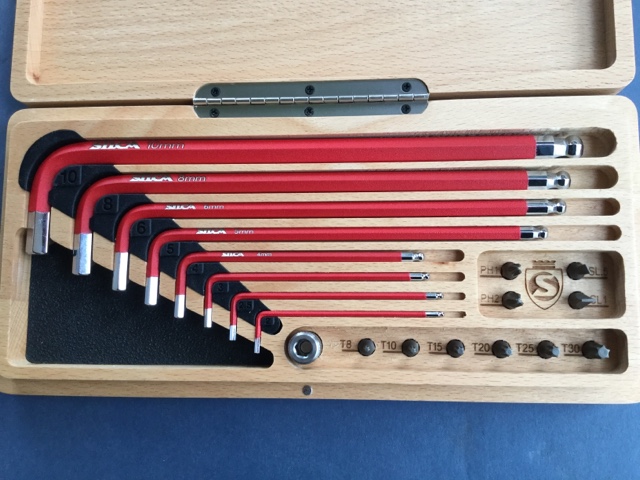 John (my nephew) and I tend to exchange some pretty fine gifts and this ranks as one of the best. Here's a website where you can read about this tool kit (http://silca.cc/products/hx-one-home-and-travel-essentials). Pricey? Well, depends on how you look at it. My life experiences have taught me that good products last a long time and cost more than average because they're better than average. "You get what you pay for..." Yes, there are deals and I look for them all the time, but somethings are worth the purchase...good bikes, good gear, top rated cycling clothing, etc. While out on a bike tour, there's nothing worse than having something break or not work right.
I had the opportunity to use the allen/hex wrenches over the holidays and they're truly superb. Easy to grip and hold on to, plus easy to find when dropped on the floor or the ground because of the red color. And long enough to get into some of those spots on a bicycle that can be frustrating. I give these a 5 Star review and highly recommend them to anyone thinking of purchasing the tool kit.
Be prepared for some posts about the upcoming Presidential election. If you don't think this is important and have decided to not vote, you're dumber than a fuckin' rock. This election is perhaps one of the most important to come along in decades. Fortunately, my hope is that the re"THUG"licans continue to shoot each other and themselves in their collective feet and, by this, assure the election of a Democrat as President. Frankly, my preferred candidate is Bernie Sanders. If we have ever needed a repeat of a Progressive President, like Teddy Roosevelt in the early part of the 20th century, now is the time. My other wish is for more Democrats to be elected into the Senate and the House, so that some needed legislation can get passed. Got my fingers crossed...
Time to exit this post with a tune for the new year. Hmmm, let's see, what would be good? Ani DiFranco doing, "Which Side Are You On, Boy?" (https://www.youtube.com/watch?app=desktop&persist_app=1&v=UyMGH3maB1U) Sort of sums up what this election is about. Taking care of all of us or taking care of the few. Vote...
Posted by Patrick Lyford at 3:09 PM