Last Wed, I took my Vitus 979 frame and the Ultegra components/wheelset to Gila Hike & Bike to have Bill, their most excellent Wrench, put it all back together again.  Sort of like Humpty Dumpty, but with a much better outcome.  Having cleaned it up and removed all the decals except the Vitus 979 decals, the frame looked great.  A few nicks here and there, but, for a 27yr old frame, it's in excellent condition.  IMHO.

Jack, one of the owners of the shop, called me later Thursday afternoon to let me know the Vitus was ready and looking very sharp.  Headed over to Gila Hike & Bike and the Vitus was leaning against the counter with a guy looking admiringly at it.  I gave him a brief history of the bike, where I bought it (Fairwheel Bikes, Cycling Boutique .. Ralph has moved up the ladder a bit since I bought the Vitus.  At that time, it was just Fairwheel Bikes.) and that I had just finished cleaning up the frame, removing tons of decals, etc.  Jack asked me who put the decals on the Vitus.  When I told him that I had, he made a slapping motion like he was slapping my face...I then told him, hey, it was over 20yrs old and had led a pretty conservative life up to that point, so I thought a little pizzazz would be ok.  But, Jack was right, it looks so much better without the decals. 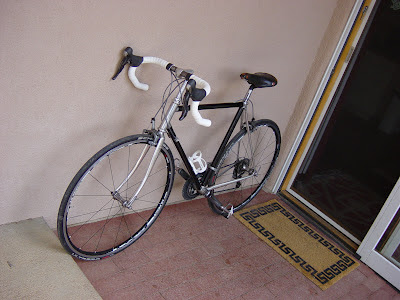 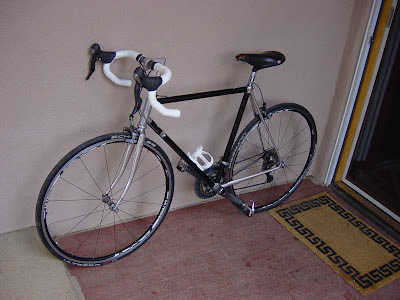 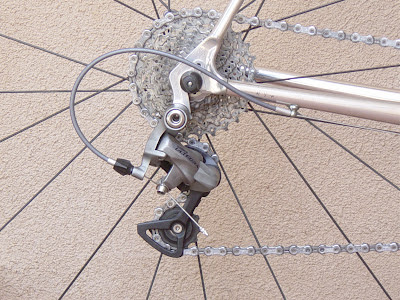 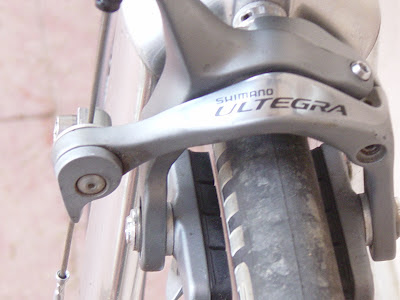 Schwalbe Ultremo tires and Schwalbe tubes on Ultegra wheels with Ultegra hubs.  Too bad I'm not as fast as the bike is, eh?  And the Brooks saddle puts it into a separate category from the new carbon fiber frames and slick saddles.  Classier, IMHO.  Now, there's a pump and seat bag on the bike and it's ready for a ride. Tomorrow, with Eileen.  Then a longer one on Monday.

Finally, a tune to head out with...for my nephew, John, for the saddle and for turning me on to The Clash doing "London Calling".  Slainte!