"None is so old as those who have outlived enthusiasm." ~ Henry David Thoreau

"Don't regret growing older.  It's a privilege denied to many." ~ Anonymous

"No man is ever old enough to know better." ~ Holbrook Jackson

As a geezer, I can make cracks about old people now because they're my peers.  Most are pretty interesting folk, some have become curmudgeons, a lot have become one with their couches, unfortunately.  Ethel, however, remains enthusiastic for life and has no couch attached to her ass.

According to some of her life story that I remember, she ran her first marathon in her early 60's (that gave my wife, Eileen, hope for running one).  She continued running marathons, cycling, running 10k events, and generally not getting overly attached to her living room furniture.  Due to some knee issues, she's given up on marathons, but still does a 10k event once a year.  And she's a bicycle rider of no limits, as of yet.

Ethel owns two bicycles.  One of them is in Europe at a friend's house, so she can ride it when she's there.  In Missoula, MT, where she lives, and has lived since going to college there, she lives in a small house and rides her Brompton folding bicycle.  On her bicycle trip from San Diego, CA, to El Paso, TX, she rode her Brompton.  Amazing.  Oh, did I tell you that she turned 76 yrs. old on this bicycle trip???  Yes.  And she's one independent cookie, too.  An inspiration, whether she likes it or not.  She doesn't like her name, Ethel, however, or her middle name, May.  Ethel May MacDonald.  I love the name Ethel. 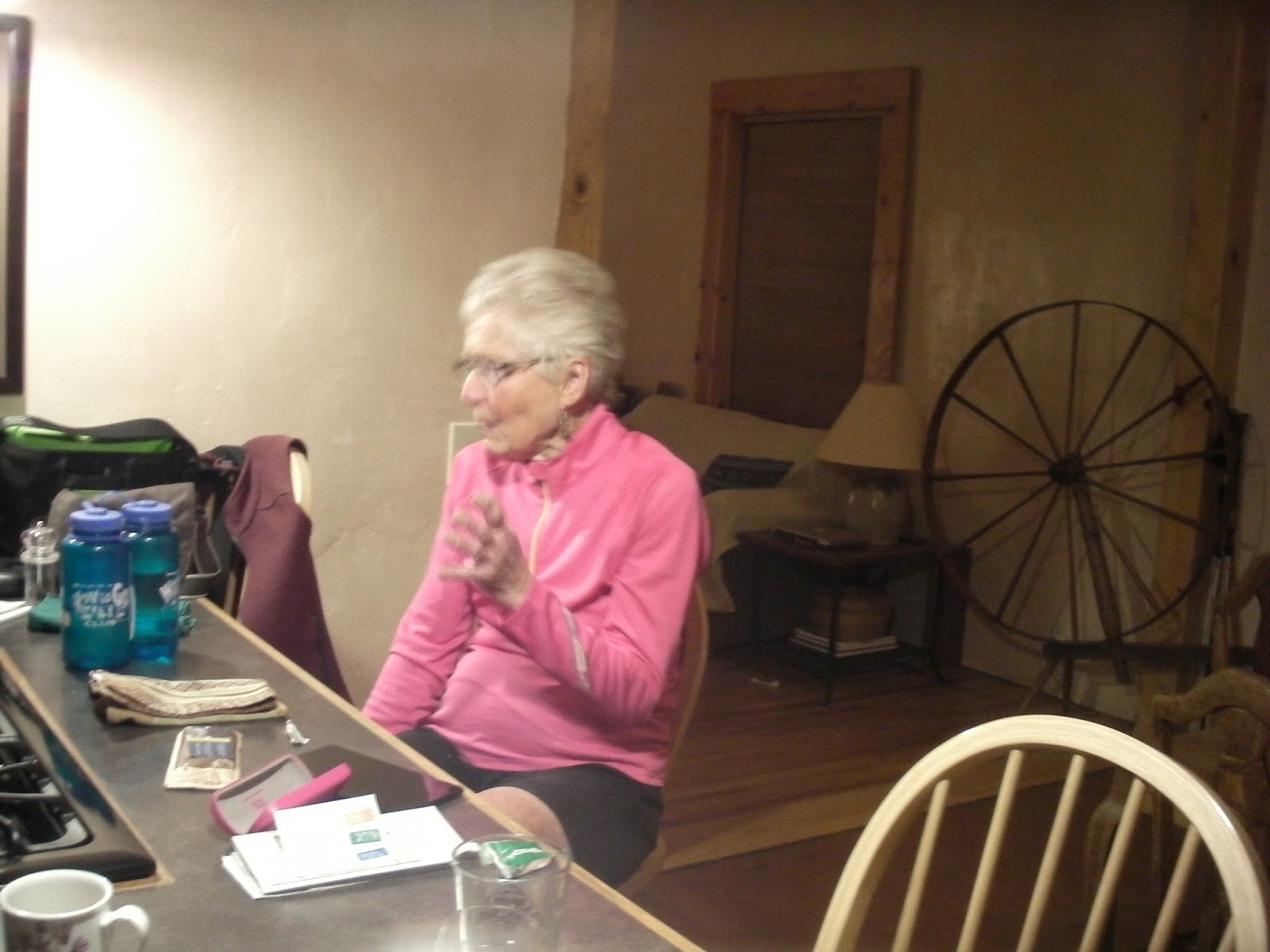 She's quite fit, enthusiastic, as I mentioned before, and was a charming guest. First thing in the morning, she was up and ready to ride. After breakfast, she took off for San Lorenzo, NM, where she'd spend the night, then head up over Emory Pass. After she got to El Paso, TX, I asked her how she liked the Pass...she told me that someone offered her a ride and she took them up on it. Not only an able rider, but a smart one, too!!!


Ethel is home in Missoula, MT, as I write this post.  Hopefully, planning her next trip for her birthday next year. She's done the western and eastern legs of the Adventure Cycling Association's Southern Tier Route and wants to do the middle section next year.  I told Ethel that my personal goal was to ride 100 miles for my 100th birthday.


She was carrying a lot of gear on her Brompton but was managing very well on the road. Changing flat tires was a bit of a chore for her because she had a hard time getting the tire off the rim. I tried to give her my large Park Tools heavy duty tire irons but she wouldn't take them. They're the best for difficult tire removal. And worth the extra weight to carry while touring.


Ok, now it's time to move along, so that means it's time for some music. What would Ethel like? Let's see, how about a little 1950's music???? That should bring back some memories for her. A little number by Frank Sinatra, when he was in his prime vocally. "I've Got You Under My Skin", done in the 1950's on ABC TV show. Happy trails, Ethel. Great to meet you and I'll see you again next year when I'm riding through Missoula.

Posted by Patrick Lyford at 3:04 PM