Harrison, AR, to Marshall, AR via Clinton, AR, Then On To Conway, AR...

"You better cut the pizza in four pieces because I'm not hungry enoug to eat six." ~ Yogi Berra
"So long as you have food in your mouth, you have solved all questions for the time being." ~ Franz Kafka
My travels to Marshall, AR, went fairly well and I arrived there early in the afternoon.  When I stopped for lunch at Ferguson's Country Store (http://www.buffalorivertradingco.com/) near the Buffalo River, which, by bicycle, is a few hours from Marshall, I called the Jennings House (http://www.thejenningshousebedandbreakfast.com/) in Marshall, AR, to see about a room for the night.  There wasn't a place to camp in Marshall nor was there a motel nearby that was very good.  Since it was off season, I got a better price.  The proprietor told me to call her when I arrived in Marshall and she'd come right over.
Some photos: 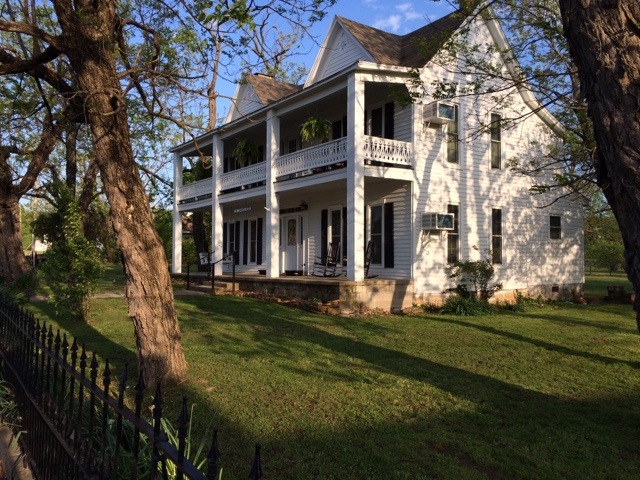 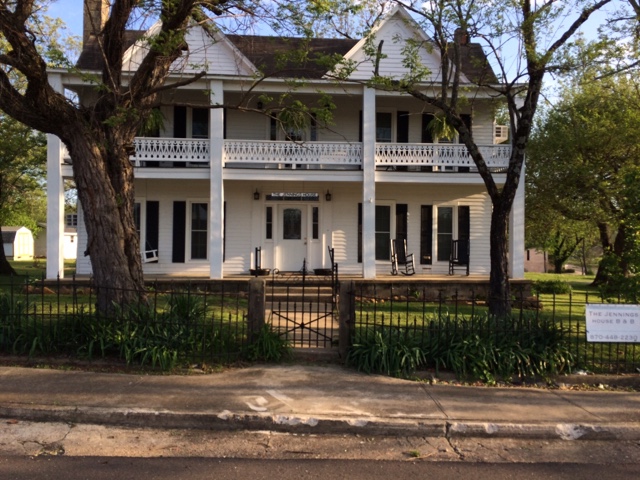 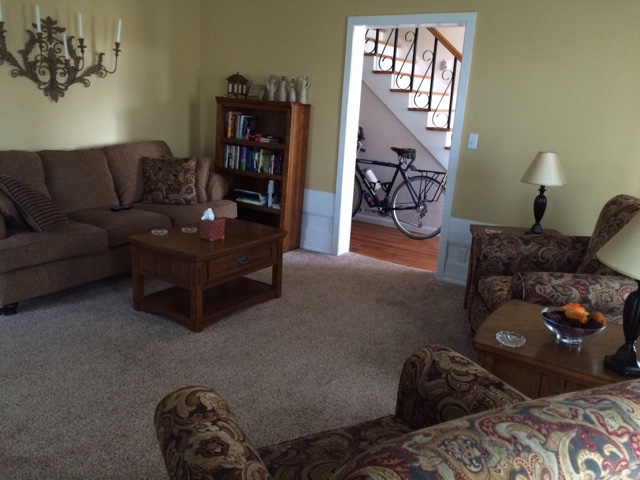 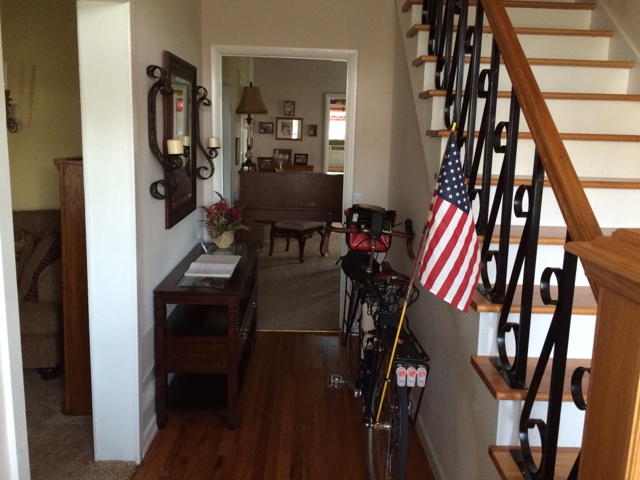 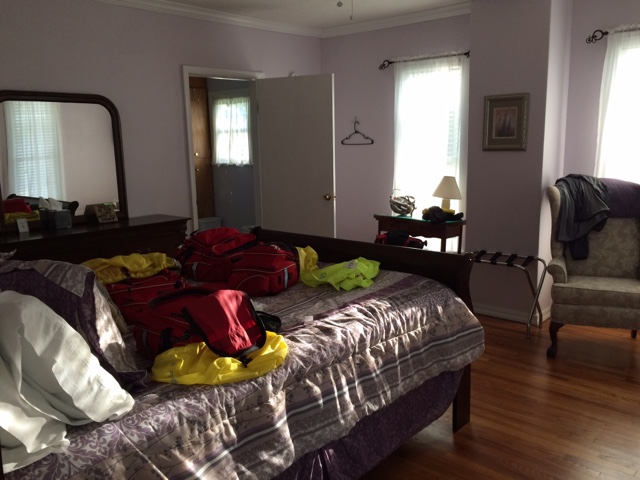 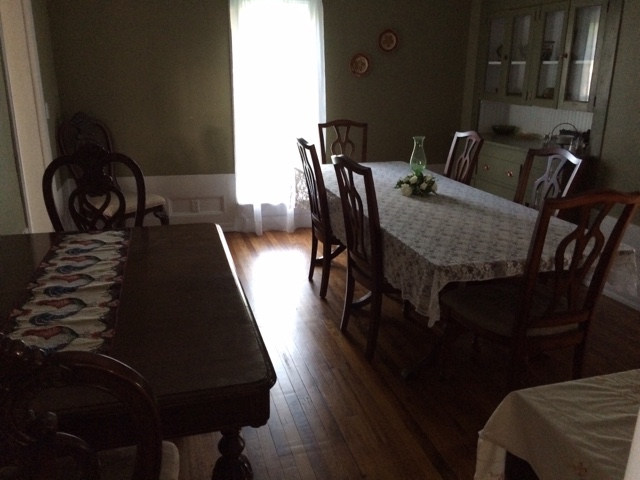 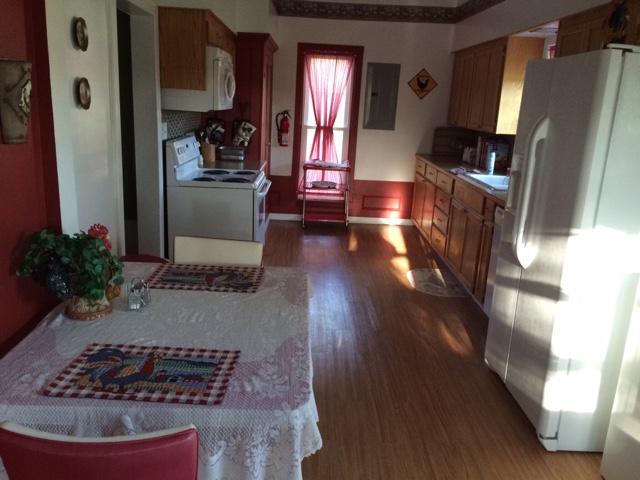 And I had the house to myself since I was the only one staying there because it was off-season and the proprietor didn't live there.  While this was great, the big issue was finding a place to eat.  There was nothing close by and riding my bike on Highway 65 was not something I wanted to do again that day.  So, I asked the proprietor who sent me to the "Daisy Queen", which she thought was pretty good.  Jesus, it was more junk burgers, fries, and a chocolate "milk" shake.  Got the calories I needed, but the state of food affairs in small town America is abysmal, at best.  This was where I decided on a change of plans, so I called Eileen and talked to her just to make sure that I was thinking straight.  After talking to her, I called Southwest to see if I could get the points back that I'd used to buy a roundtrip ticket for Eileen to meet me at my nephew's in Catonsville, MD.  Great news...I got all the points back and found a good one-way fare from Little Rock, AR, to Albuquerque, NM.  Now, I needed to find a bike shop in Little Rock that would ship my bike back to Silver City, NM.  I called Eileen back and let her know that I'd be home by Sunday (this was a Wednesday).  The one catch was that I needed to confirm I could get my bike shipped.  I wouldn't know that until Thursday because it was late and none of the shops were open.  Said goodnight to Eileen and then thought about my decision to end my ride.  Realizing that I was ok with it, I went to bed.  Next day, I'd be on my way to Conway, AR, just 45 miles from Little Rock.
In the morning, I found some food in the house that the proprietor said I could help myself to and got enough to get started.  Headed out with overcast sky and looking a lot like rain.  Just a few miles down the road, the rain started.  Of course, that was also where the climb out of Marshall started.  It was a long climb.  The mountains were not over yet.  While the distance to Conway was not great, the hills and the rain made for a long day.  After getting over a few of the mountains, I arrived in Clinton, AR, where I stopped at a diner, a chain, The Huddle House (http://www.huddlehouse.com/restaurant-locator.aspx?area=city&city=clinton&state=AR).  You all know this place.  Maybe with a different name, but they're all the same...Denny's, etc.  This place wasn't as big as most Denny's, but similar breakfast menus.  While there, I called the Spokes Bicycle shop (http://www.spokeslittlerock.com/) in Little Rock, AR, to find out if they could ship my bike.  Yes, they could.  Deal was now closed..I would be home on Sunday.  I called Eileen and she recommended I take Boutique Air (https://www.boutiqueair.com/) from Albuquerque to Silver City since it was very affordable, $69, and would save her an 8hr drive, back and forth, from Silver City.  She made those arrangements for me and I went inside to have some breakfast.  Or better yet, to suck down calories, fat, cholesterol, grease, and sugar, all under the guise of "breakfast".  At the table next to me were two guys from Clinton, who watched me while I took my helmet off, put my handlebar bag on the table in my booth, then ordered some coffee.  I was wearing my PubQuest (http://pubquest.com/) cycling jersey, which is a bright yellow.  Here's a photo I took of these two guys: 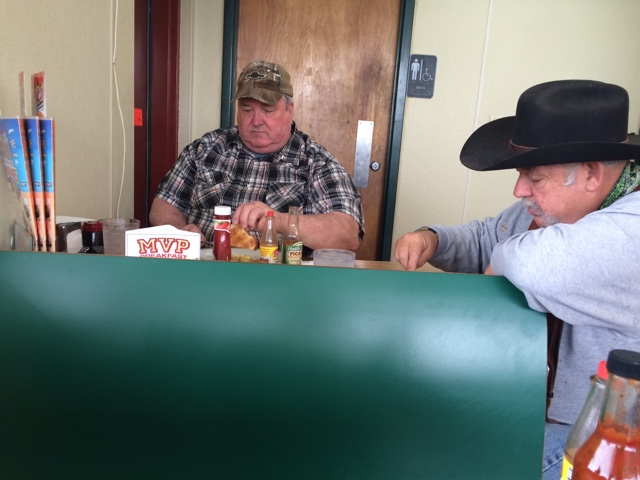 Quintessential small town guys.  Where I grew up in Upstate NY, these guys would fit right in.  Except for the Arkansas accent, no one there would think they were from anywhere else.  The guy wearing the baseball cap asked me if I was from San Diego because he saw he city logo on my jersey.  I told him that I was from Silver City, NM.  He told me he had lived in San Diego for about 25 years or more and had worked as a truck driver.  They continued eating and I ordered my breakfast...usually two eggs, bacon, french toast, homefries, maple syrup.  Keeps me rolling down the road.  While I was waiting for the food, the guy in the baseball cap asked me where I was headed.  After telling them, the guy in the black hat said that he'd have a damn hard time even riding a bicycle out of the parking lot.  The guy in the baseball cap asked, if I didn't mind, just how old I was...67 yrs. old.  "Damn, you've got two years on me!", he said.  The black hat guy said he was 67 yrs old, too.  We chatted all duirng breakfast.  These two were born in Clinton and the black hat guy had lived there all his life.  The other guy had moved back after he retired from truck driving.  Said he had bad knees from driving and that he'd be happy if he could get his weight back down to 220lbs.  Never judge a book by its cover, as I've learned repeatedly over my life.  These two were very friendly and wished me a safe journey and gave me some fairly reliable info on what the road was like to Conway, AR.
After I finished breakfast, I headed down the road towards Conway and the weather turned wet again and it rained on and off for the remainder of the ride that day.  Arriving in Conway, AR, in the late afternoon, I got a room at the Microtel Inn near some restaurants where I could get some decent food. Checked in, called Eileen, and hung up my wet clothes.  Took a shower and then headed out for something to eat.  Went to ZAZA's (http://www.zazapizzaandsalad.com/), which was a short walk from the hotel, but had good reviews.  It had good pizza, good salad, good gelato, and a great selection of wine, which I imbibed in.  I was walking after all.  And I only had about 40 miles to ride the next day.
Next, Little Rock.  For now, however, I'll close this post with a tune...Kevin Burke, who I got to see at a house concert in Las Cruces, NM,this weekend at a friend of our's house...Trish Cutler.  A photo: 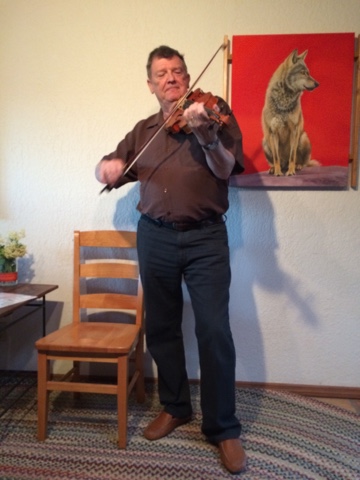 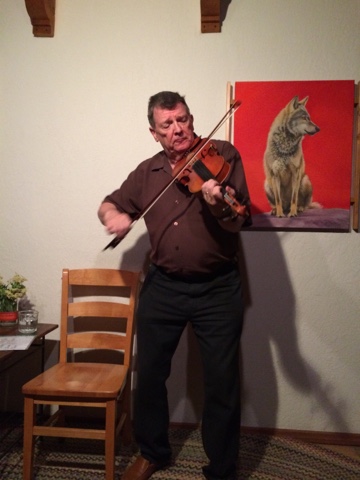 This was a fun evening and I got to talk to Kevin for a bit about the West...and to listen to a fiddler that I think is one of the best on the planet.  So, to close this post, a tune from Kevin Burke...http://youtu.be/OilNy6nY2YM  Hope you enjoy this.  Next, Little Rock...
Posted by Patrick Lyford at 3:32 PM