John Isles and Cathy Colless, Aussies On The Move...

"It may be that your sole purpose in life is to serve as a warning to others." ~ Anonymous
"There is nothing more Australian than spending time in someone else's country." ~ Anonymous
John Isles and Cathy Colless serve as a warning to others...that you're all slackers!! These two Australians, who presently live in Cambridge, UK, have been bicycling the Great Divide Mountain Bike Route (http://www.adventurecycling.org/routes-and-maps/adventure-cycling-route-network/great-divide-mountain-bike-route/) and stayed with Eileen and me while they regrouped, reorganized, and updated some worn out parts/tires on their bikes. And, like the other quote, they're spending time in several other countries. John and Cathy work in the Antarctic, doing 6 month contract work. This time, they opted to go on a trip and see what happens with the contract work. While here, they were in communication with a guy in England, trying to determine if they needed to buy airline tickets home or head into Mexico. Since nothing was finalized with their friend in England, they headed off to Mexico. They'd ridden parts of Central/South American and wanted to head to Mexico City (actually, past Mexico City) to visit friends, then continue on to where they'd left off on a prior trip. So, if you're lounging around the house or slacking on the couch, these two are not and serve as a warning to you. See what's out there. John & Cathy have a blog: https://www.crazyguyonabike.com/doc/?o=tS&doc_id=14410&v=2J3 See what they've been up to.
Some photos: 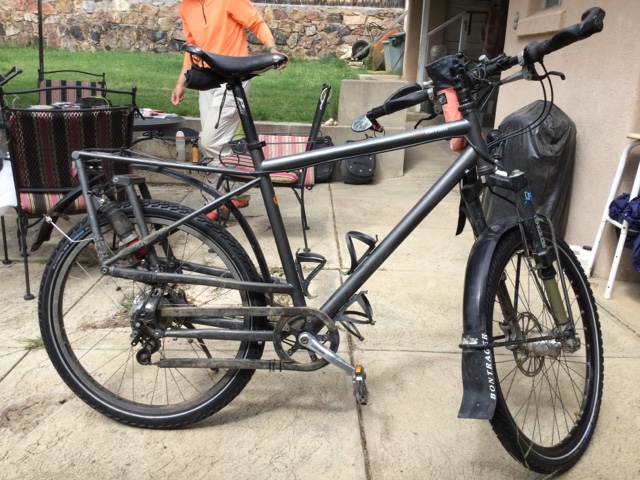 Their bikes had racks that were part of the bike frame...first I'd ever seen like this. 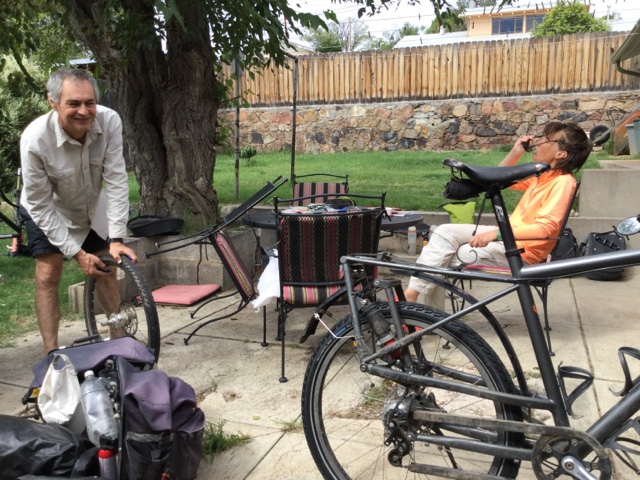 John in the midst of putting new tires on their bikes. 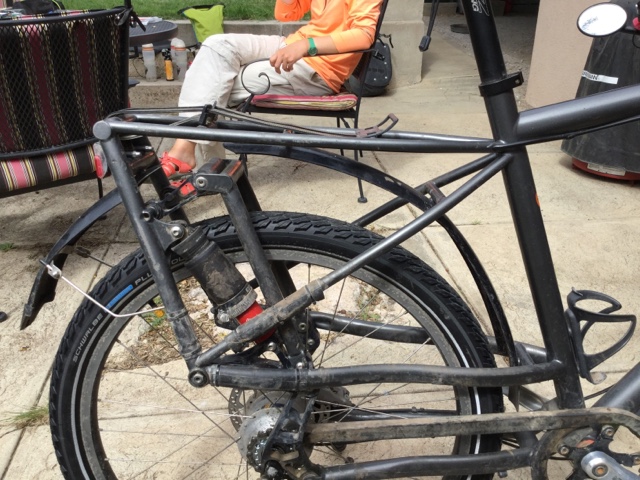 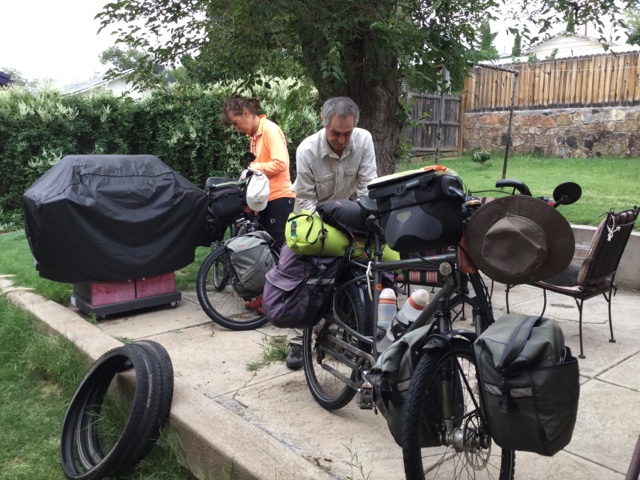 Preparing to leave for Mexico... 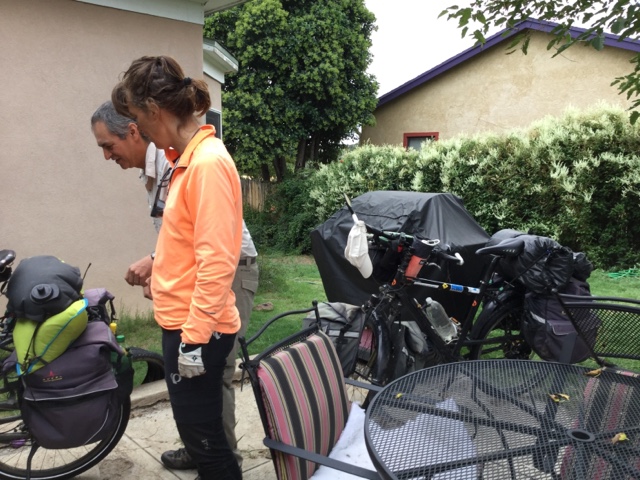 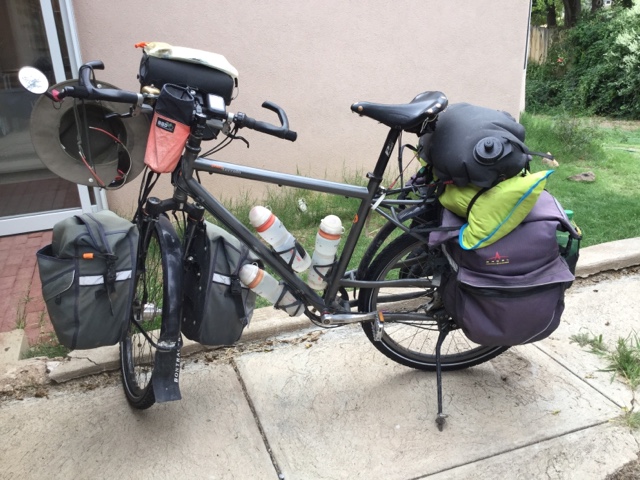 The loaded bike...
A few videos:
John & Cathy saying "Hello, Silver City!": https://youtu.be/FCMfIk5P940
John & Cathy saying "Goodbye, Silver City!": https://youtu.be/1dP2ca84O6c
John and Cathy stayed with us 3 nights and we enjoyed their company. After much food, drink, and conversation, they headed off to the Mexican border on their way to meet up with friends. Somewhere along the way, I'm certain they'll square away their contract work plans. Hopefully, not before they get all the riding in that they hope to accomplish. In lots of ways, these folks are braver than I am. There are some countries that I have no desire to visit, for lots of reasons but mostly because of my insecurity. My travels have shown me that people are friendlier and helpful than the media portrays. One day, perhaps, I'll overcome my anxiety...
In reading their blog, I just discovered that John has a new 6 month contract and will be heading back to the Antarctic soon. So, while they got to Janos, Chihuahua, Mexico, they took a shuttle to Phoenix, AZ, to catch a flight to Frankfort, Germany, where they'll bicycle along the Rhine, making their way back home. Then, it's off to the southern most part of the planet.
So, now it's time for some music...Glen Campbell performing the Jimmy Webb song, "By The Time I Get To Phoenix": http://youtu.be/uCoUqU4gg3Q.
Seems appropriate considering how their trip ended. Also, unfortunately, Glen Campbell was diagnosed with Alzheimer's in 2011 and is presently in an Alzheimer's long term care facility, unable to speak. So, in his memory whatever you may think of his singing, here's one more, "Gentle On My Mind" : https://youtu.be/ETkzK9pXMio. Hope that you enjoy these songs...
Posted by Patrick Lyford at 2:11 PM